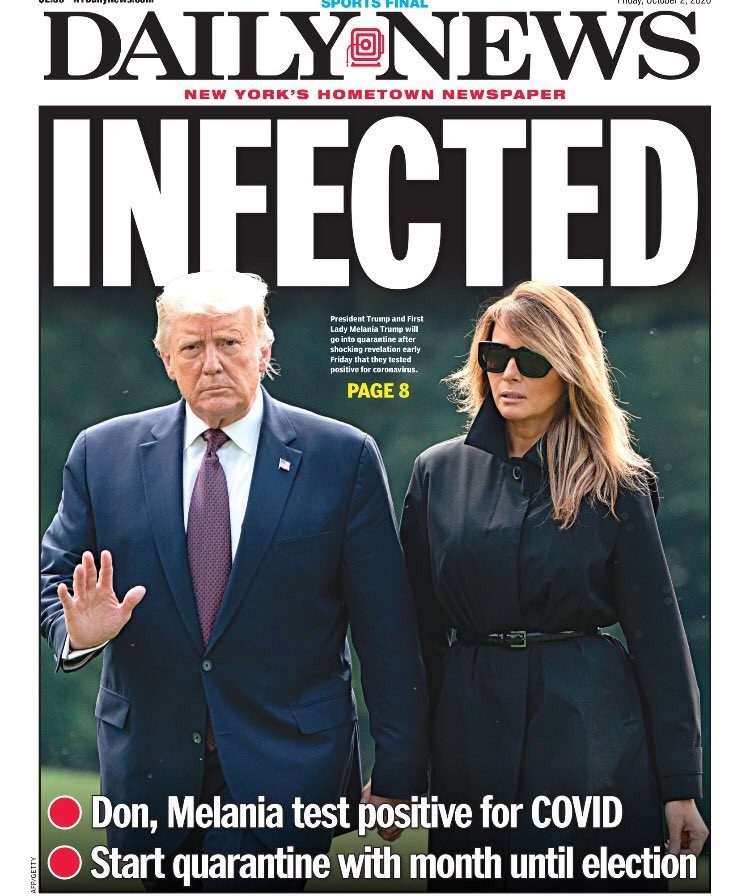 How is he being treated?

White House physician Sean Conley said in a memo released on Thursday that Mr Trump had completed his course of therapy for Covid-19, remained stable since returning home from the hospital and could resume public engagements on Saturday.

According to Dr Conley, the President was given a single eight-gram dose of the Regeneron polyclonal antibody cocktail. He was also given vitamin C and zinc, melatonin and a daily aspirin.

Mr Trump was on dexamethasone and first took the steroid on Saturday, his medical team said on Sunday night.

Dexamethasone has been shown to help patients who are severely ill with Covid-19, but it is typically not used in mild or moderate cases of the disease.

The World Health Organisation issued guidelines on September 2 recommending that dexamethasone only be given to patients with “severe and critical Covid-19”.

The National Institutes of Health has issued similar guidance, specifying that the drug is recommended only for people who require a mechanical ventilator to help them breathe, or who need supplemental oxygen.

However, his doctors insisted on Sunday that Mr Trump was up and walking about, with no shortness of breath.

Critics of the President pointed out that his breezy remark that he was feeling “better than I did 20 years ago” was unfair, given that most Americans would not have access to his experimental drugs or the same level of care.