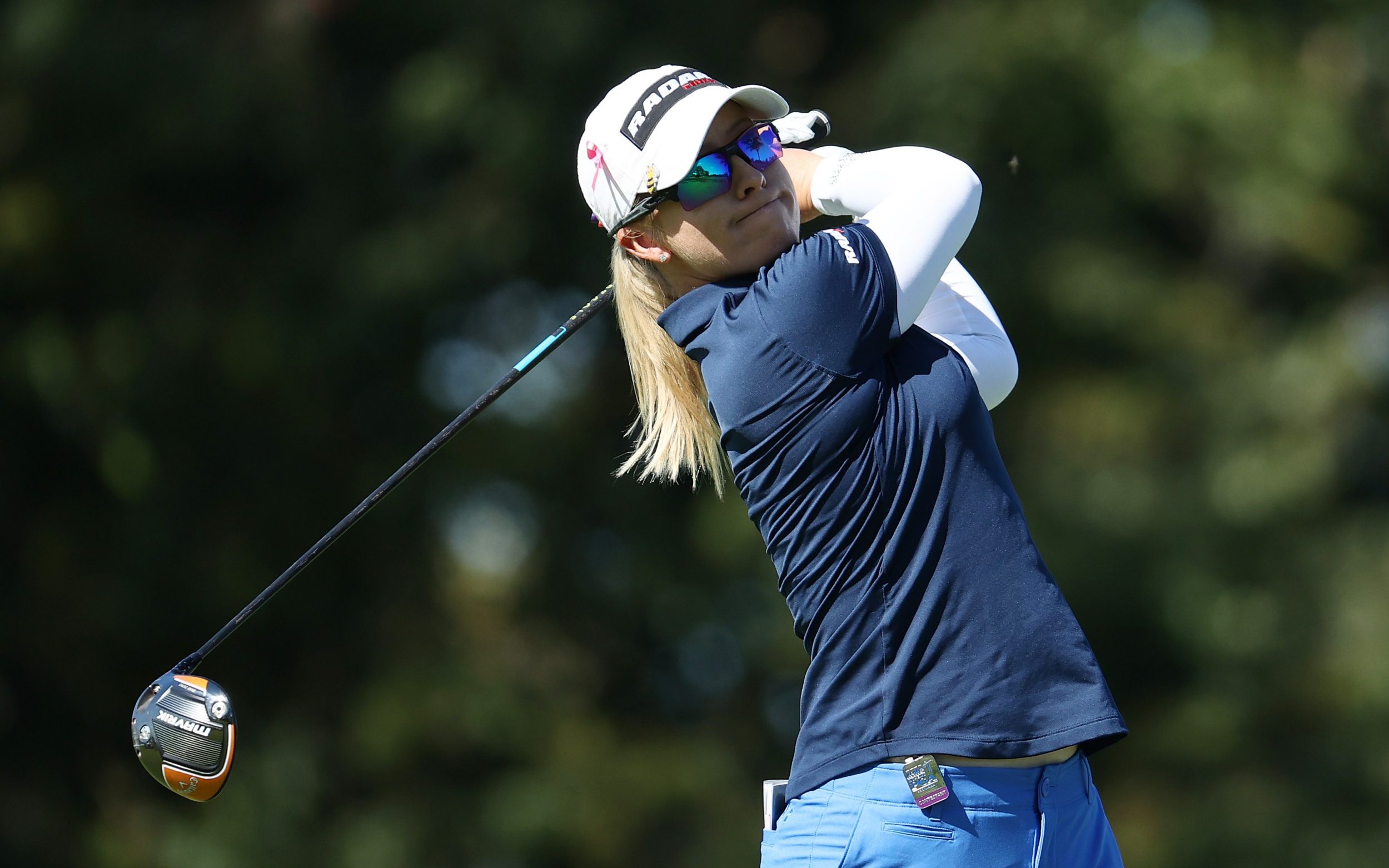 If any golfer is to continue England’s successive winning run on US soil and so become the first Briton to win a female American major in 23 years, then perhaps Jodi Ewart Shadoff is the perfect candidate.

Here is a 32-year-old who has spent her formative professional years in the States and come so close on so many occasions to breaking her Uncle Sam maiden, without quite getting over the line the manner of Georgia Hall and Mel Reid in the last two LPGA events.

Ewart-Shadoff also has major form on her Solheim Cup CV, having finished second in the 2017 Women’s Open, as well as racking up four top-10s in the US majors. At world No 44, she figures high up on the UK standings but inevitably her progress has been overshadowed by the likes of Charley Hull, Bronte Law and, of course, Hall and Reid of late.

Yet at the halfway point of the KPMG Women’s PGA In Philadelphia, Ewart Shadoff flies the flag most proudly on one-under after a brilliant second-round 67  She is just two off the lead set by a five-way tie comprising Americans Jennifer Kupcho and Danielle Kang as well as Swede Anna Nordqvist, Spain’s Carlota Ciganda and Korean Sei Young Kim.

Yet maybe the most impressive name among those who made the cut is Dame Laura Davies. At 57, Davies shot a remarkable 70 to make the weekend on five-over in the major she last won 24 years ago. The Dame is an enduring example to Ewart Shadoff and Co of what is possible on the world stage.

Hull is on one-over, only four back. The 24-year-old missed last month’s Ana Inspiration after testing positive for coronavirus on the eve of that major, but now the Englishwoman is standing up to one of female golf’s most challenging examinations. A second-round 71 ensures she is in contention in Pennsylvania. Aronimink is as severe as everyone expected it to be, including Kupcho, who somehow shot a 65.

“Don’t ask me how I did that, as I only played each nine holes once in practice the week, because I was  so uncomfortable with the course,” Kupcho, 23, said. “I didn’t know what was going to happen. Somebody just asked me, because there were five birdies on no bogeys on my card today, whether this was a stress-free day. Believe me, there’s no such thing on this course.”

Kang, the world No 3, fully agreed. “I mean, it’s so stressful,” she said. “From beginning to the end,  you can’t really take your mind off of it, not even for a minute. There’s just so many mistakes that are right around the corner. It’s beautiful, but it’s also a beast.”

Kang is the highest-ranked player left in the field after Nelly Korda the world No 2, withdrew before her second round with a back injury. That left Hull and Lydia Ko as a two-ball. Ko, the former world No 1, enjoyed her morning, as she posted a 70 to stand in the group on two-under.

“Obviously we missed Nelly out there today, but I knew we were in a great pairing,” the New Zealander said. “I’ve known Charley since we were in our teens,  and you’ve just got to enjoy it, even when there are no fans and it’s pretty much only us,  with our two caddies. We had a laugh, because Charley is super funny.”

In contrast to her sense of humour, Hull’s scorecard was a picture of common sense, as she took 15 pars to go with the two bogeys and the solitary bogey. All to play for with history on the line.